DTU and Copenhagen University completed a randomized trial study in Lyngby with 22 participants. Primary purpose of the study is to examine to what extent daily feedback from wearable activity tracking is accompanied by changes in activity. The study participants wore a wearable sensor over 3 weeks. The study could show that for some participants the feedback has clearly led to a wish for increasing physical activity and for monitoring this.

In more detail: The target group was elderly citizens who typically do not own a smart phone and who mostly do not access the internet on a daily basis. The trial was planned and conducted as a randomized clinical trial (RCT) in a cross-over design. Prior to randomization, participants joined a 5-day screening period to assess whether they were willing or able to tolerate having the wearable tracker mounted throughout the day. Based on the results of the screening phase, a balanced randomization was made of the 26 participants into the Sleep-Steps or the Steps-Sleep group. The groups were balance to achieve approximately similar average number of daily steps and same mean age and distribution of age. Of the 26 citizens who accepted to be involved in the 2*4 week trial only 22 persons completed the trial.

The produced lifestyle data are currently used within the consortium for testing a variety of detection/prediction approaches. 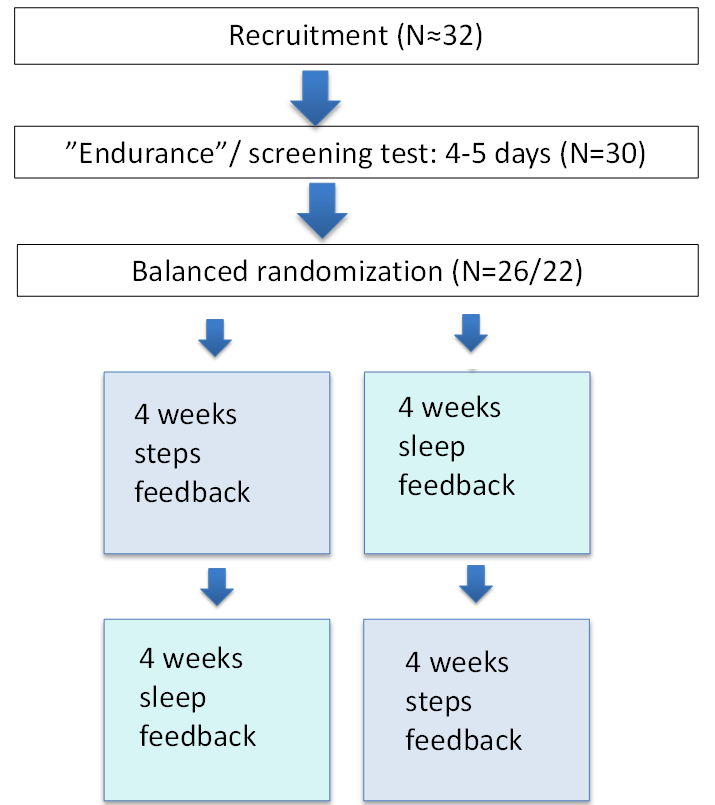